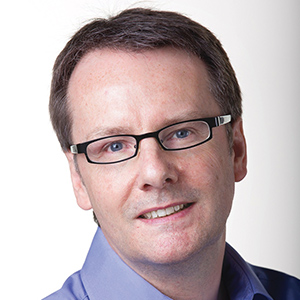 Increasingly, Biotech companies are taking drugs through to regulatory approval and commercialization rather than divesting during development to large Pharma. This reflects the increased funding available($29b in 2018, $10b higher than in 2017) to pay for the expensive costs in the latter stages of development but also a maturing pharmaceutical services sector that enables Biotech to progress development by accessing expertise and global capability, whilst remaining agile and lean in terms of their own fixed costs.

Regardless, drug development remains expensive and is getting more rather than less so. To the wider industry’s chagrin, advances such as electronic data capture, data standardization and risk based monitoring have not translated to lower costs with the cost of developing a new drug now estimated to be circa $1.4b. There is, of course, the context of working in a highly regulated industry that is becoming more complex by the year, but a cautionary approach has created an industry mind-set that adds, without ever taking away. Research from Tufts shows that from 2001-05 to 2011-15, the distinct number of procedures (blood draws, biopsies, scans, rating scale completion, etc.) in a typical Phase III study increased by 59 percent. The number of eligibility criteria per study increased by 61 percent (directly narrowing the patient funnel), the number of scientific endpoints used to judge success increased by 86 percent while the number of planned patient visits increased by 25 percent. It is not hard to imagine how this increased burden on patients and investigators has acted as a disincentive such that finding the right sites with the right patients continues to be the number one development challenge facing the industry. Indeed, over the same period there was actually a 19 percent decline in the average number of patients enrolled per Phase III study, while the number of participating countries doubled and the number of sites increased by 63 percent ; and to make matters worse, research shows that 54 percent of Investigators conducted just one trial, and then opted out.

Project teams need to be challenged constantly to justify the study procedures and eligibility criteria they are proposing, with each procedure and criteria truly earning its place in the study protocol

Biotech is not immune to these challenges and with its focus on rare diseases such challenges tend be magnified. For instance, in rare diseases (many of which are genetic and chronic) the worldwide patient population is limited so the patient funnel is already narrow at the top, and this can be exacerbated by strict inclusion/exclusion criteria at the bottom. For example, if a site expects to see four eligible patients per annum, then there is approximately a 2 percent chance that this site will not enrol a single patient within a year. Reduce that expectation to two patients, then the chance of non-enrolment increases to 14 percent, not because it is a poor performing site, just simply due to the laws of probability. However, extend enrolment to two years, and then the chance of non-enrolment reduces to 2 percent again. Therefore, for rare diseases, the accepted industry practice of closing non-enrolling sites early may be misguided unless there is a genuine lack of site engagement. It also points to the need to deploy just-in-time refresher training at the site to re-familiarise staff with the protocol and procedures to reduce variability.

Patient and investigator burden is increasingly recognized as an issue that is being addressed by more patient centric approaches. This includes conducting “time and motion” studies to test protocols by determining how long procedures take during a site visit for patients, carers and site staff, and by calculating waiting time too. Meanwhile, patient organizations can be invited to provide valuable input to streamline protocols – making them more accessible and reducing drop-out. Trials with virtual components also provide an opportunity to reduce the patient burden. Notably these hybrid trials can reduce the number of site visits by undertaking more assessments remotely, using the latest technology such as wearables and sensors, by implementing home nursing and telemedicine, and by arranging a travel concierge. Patients and carers may be more willing, and find it less disruptive, to travel a longer distance less frequently than a shorter distance frequently; and so this approach also has potential to increase geographic coverage at the site level, thereby increasing the expected number of patients at a site.

Ultimately, the number of patients that are required to underpin the scientific merit of a study is driven by the anticipated variability of the data (alongside the anticipated treatment difference). In this respect, measures to control variability are key to avoid undermining the study design. Multicentre studies were introduced to enable larger studies to be conducted, and to ensure greater generalizability of the findings beyond a single site or country. However, the intent was never to move to a one patient per site model, and the trend towards more sites and fewer patients per site introduces unique challenges. This is because the between-patient and between-site variability become indistinguishable from each other due to confounding. It then becomes almost impossible to account for that between-site variability in the statistical analysis. The irony therefore, is that in an effort to conduct precision medicine many aspects that narrow the patient funnel lead to imprecise estimates of treatment effect.

It is time step back and considers ways to widen the patient funnel. Project teams need to be challenged constantly to justify the study procedures and eligibility criteria they are proposing, with each procedure and criteria truly earning its place in the study protocol. Not only will it reduce the patient and investigator burden, but is likely to be cheaper, quicker and produce more precise estimates of the treatment effect.

The 5 questions you should be asking about legal tech

Technology as a Tool to Aid the Legal Function

Building On Your Legal Tech Journey

Enhancing Productivity of Lawyers with Technology