Why Open Data Is Becoming Important to Medical Industry CIOs

Why Open Data Is Becoming Important to Medical Industry CIOs 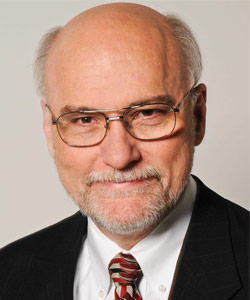 CIOs have been very focused in recent years on the explosion of Big Data -mas­sive amounts of data being generated in­ternally or flowing into the organization. What has received less attention is the more recent emergence of Open Data. Open Data is becoming a new focus area for CIOs, particularly CIOs in the medical industry.

Open Data is generally defined as publicly avail­able information.It has been getting increasing atten­tion from organizations such as McKinsey & Company whose analysis puts the economic value of Open Data between three to five trillion dol­lars. The estimated economic value for healthcare Open Data in the U.S. alone is estimated to be 300-450 billion dollars.

Open Data can originate from different sources but a primary source is the Federal Government. The spotlight was thrown squarely on this in May 2013 when the Obama Adminis­tration announced its Open Data Policy and declared that “infor­mation is a valuable national asset whose value is multiplied when it is made easily accessible to the public.”

This was actually the culmi­nation of an effort that had its start in Health and Human Ser­vices (HHS) in 2009 when they convinced Todd Park to leave the venture world and become their Chief Technology Officer. Park’s vision for Open Data resulted in a program called the Health Data Initiative, and his primary objec­tive was to “liberate all of this data” for entrepreneurs and in­dustry. He subsequently started the annual Health Datapalooza event, inviting promising entre­preneurs from around the coun­try to showcase their efforts for converting Open Data into in­formation of value. It started in 2010 with about 200 people and has grown to an event of more than 2,000 technology experts, entrepreneurs and industry rep­resentatives.

An interesting note is that a department within HHS – the Food and Drug Administration – began to adopt an Open Data approach 10-12 years ago at the urging of industry and was one of the first agencies to actively push large amounts of information out onto public sites. The question is, “Why should this be of major in­terest to medical industry CIOs?”

The answer is that the medi­cal industry operates in a highly regulated environment and the regulatory landscape is rapidly evolving, making it increasingly more complex and dynamic. The key strategic driver of success 20 years ago in the medical industry was R&D. Over time, however, the role of the regulatory strat­egy has moved up in importance and is now playing a major role in the strategic success of com­panies. A poor or out-of-date regulatory strategy can result in delayed times to market, signifi­cantly higher regulatory, clinical and R&D costs and, in the worst case scenario, failure to get a new product approved. In years past, regulatory professionals were brought in at the conclusion of an R&D project to initiate the regu­latory process. These days, their input is sought in the early stages because new product design or drug development is now heavily influenced by potential regula­tory pathways.

All of this is becoming important to CIOs because of a rapidly emerging disci­pline in the medical industry – Regulatory Intelligence. Regulatory Intelligence is the systematic analysis of large amounts of regu­latory information to serve a variety of stra­tegic needs. It is used, for example, in the analysis of new regulations and guidance or the shifting interpretation of existing regu­lations. It is also used for analyzing poten­tial regulatory pathways and hurdles and in many other strategic areas.

The blessing of Open Data in the medi­cal industry is that it is providing much more information that can be used to successfully navigate this regulatory maze. The curse is that it is becoming a massive amount of in­formation to collect from the various sources and analyze. The FDA alone now maintains more than 130 public databases and data sources. Adding to this is the increasing amount of information being made public by the Centers for Medicare and Medicaid Ser­vices (CMS). Unlike other regulated indus­tries which focus primarily on compliance issues, the medical industry also deals with the need to get new products approved and reimbursed.

Fortunately, new tools are beginning to emerge to manage and assess all of this Open Data. These tools are focused on inte­grating and normalizing all of this informa­tion. They are also utilizing more advanced search capabilities and cross-referencing so that regulatory professionals can pull togeth­er otherwise disparate pieces of information and begin to develop big picture, strategic insights. Additional functionality is provid­ing surveillance capabilities and the ability to monitor real time shifts in the regulatory landscape.

Beyond that, various forms of analytics will be added to detect patterns and trends. Visual analytics will make it easier to derive insight from large volumes of information. Ultimately, predictive analytics will help regulatory professionals be able to more easily detect emerg­ing trends or predict potential events.

CIOs will play an increas­ing role in sorting through the various technology options. At some point, the major medical product companies that have developed large document man­agement systems for their inter­nal regulatory documents will want to be able to integrate their internal system with Open Data systems. This will provide the ultimate tool for their regula­tory staffs to develop valuable, real-time intelligence.

Much of the focus in Big Data has been on the need for CIOs and Chief Marketing Of­ficers to work hand in hand. In the medical industry, CIOs will need to integrate their work with that of Chief Regulatory Officers and Chief Technology Officers as they jointly embrace the challenges and opportuni­ties of Open Data.

The Need For Data Integration And Apis In Today’s Benefits...

How To Implement A Successful Data Strategy: A Success Story

Model Implementation: On The Psychology Of Large-Scale Technical...