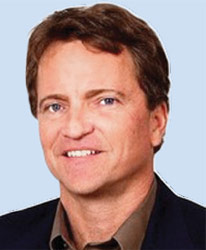 Randy Haldeman, CEO
“It takes too long to develop cures for diseases,” exclaims Randy Haldeman, referring to a long-standing pain point that exists in the biopharmaceutical industry. According to the statistics, it takes 10-16 years to develop a successful new drug and the costs range from $4B to $11B. There is a need for new ways to accelerate drug lead discovery, repurposing and safety with next-generation solutions that leverage the latest technology advancements. Enter Code-N Technology—a next generation digital technology firm with advanced bioinformatics capabilities. With the access to industry-wide Big Data repositories that can condense processes, Code-N Technology makes it easier to find new cures, at a faster rate.

“This also includes re-purposing drugs and providing advance warning about harmful drug interactions,” says Haldeman. For instance, a European BioPharma company asserted that their research team could uncover one new target for a repurposed drug each week. The client wanted to accelerate that process for further ideas on how Lipitor (the cholesterol-lowering drug) could be repurposed. Code-N typed the drug name into their repurposing solution, and came up with 57 new disease targets within seven seconds, with all the scientific reasons shown. For example, Code-N showed the science that explained that by reducing brain plaque, atorvastatin might be able to reduce the symptoms of multiple sclerosis. The client was blown away!

Focused on offering such innovative solutions, Haldeman believes that Big Data can be leveraged through a concept-based technology that connects, analyzes and combines speed-of-thought answers to evolving Bio-Pharma problems. The company’s strategy includes customer-specific demonstrations of the capabilities they have been hoping for.
For instance, in a recent custom demo, Code-N was able to show, within seconds, the recent moves of all “Hepatitis C” competitors employing therapies such as protease inhibitors, RNA polymerase inhibitors and inhibitors to NS5A. Being a staunch believer of constant collaboration with industry leaders, the company is actively involved with bioinformatics experts globally such as with the Netherlands Bioinformatics Centre, Stanford University and Erasmus University.

In another interesting case study, Code-N was able to portray the “Knowledge Cloud” of a client’s melanoma drug. “Pathways were highlighted to all the genes and proteins this drug affects, including several that were previously unknown to scientists. We could also highlight potential repurposing opportunities that were just a few degrees-of-freedom away,” Haldeman explains. Code-N also informed the client that they could alert the team members to critical information via cell phones or wearable technology.

We uncover new pathways, to cures and provide scientific intelligence for repurposing of drugs and alerting of harmful interactions, faster

What’s next for Code-N Technology? “We have a lot on our plate for the next several years in delivering cloud-based, secure solutions to benefit scientific intelligence, drug repurposing and safety. Down the line, we’ll have the opportunity to get closer and closer to the “final customer”, the patient,” extols Haldeman. He also adds that advanced concept-based solutions will empower the patient to match an individual’s concerns or symptoms with personalized answers and alerts from Big Data. With these solutions, the patient will be able to interact with relevant data confidentially via wearable devices. With billions of facts available to discover undocumented connections between drugs, genes and diseases, Code-N’s mission is to empower BioPharma companies with greater intelligence. 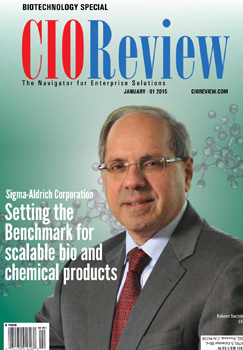